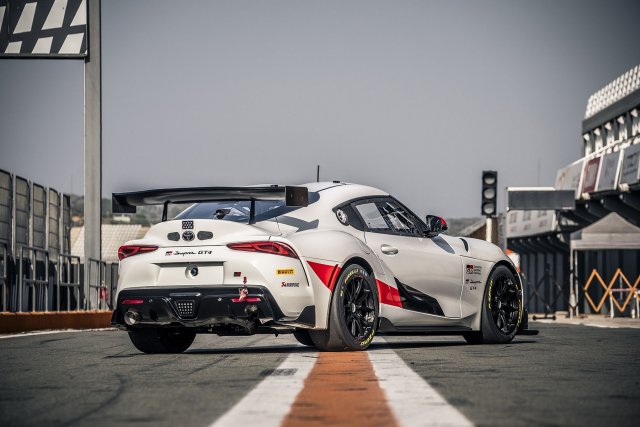 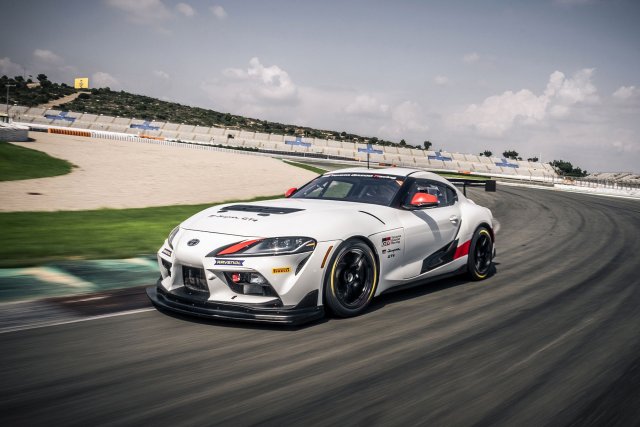 We knew that Toyota planned to eventually build and sell a Supra GT4 to privateer racers when the concept debuted ahead of this year's Geneva auto show. Now, the company has confirmed an on-sale date and released some specs and pricing.

Toyota Motorsport was able to get the BMW-sourced turbocharged 3.0-liter inline-six engine to produce 430 horsepower for the GT4. The six-cylinder is a purebred Supra in that it uses the same single twin-scroll turbocharger, although the GT4 adds on an Akrapovič exhaust system, and it is specially tuned to pump out that extra 95 horsepower.

All of that power is sent to the rear wheels through a seven-speed sport automatic transmission with paddle shifters and a mechanical limited-slip differential; the street car uses a ZF eight-speed automatic.

Stopping the 2976-pound racer are six-piston front and four-piston rear brakes. Like the road-legal Supra, it rides on a strut front suspension and a multilink rear suspension. KW dampers are fitted at all four corners, and the GT4 wears a set of Pirelli P Zero racing tires on OZ wheels.

A high-strength roll cage is fitted onto the GT4's lightweight steel body, and there's an FIA-standard racing seat with a six-point harness. The interior also features a carbon-fiber instrument cluster with an 8.0-inch digital display. Standard are motorsport ABS, a data logger, and a fire extinguisher; among the options are an illuminated car number.