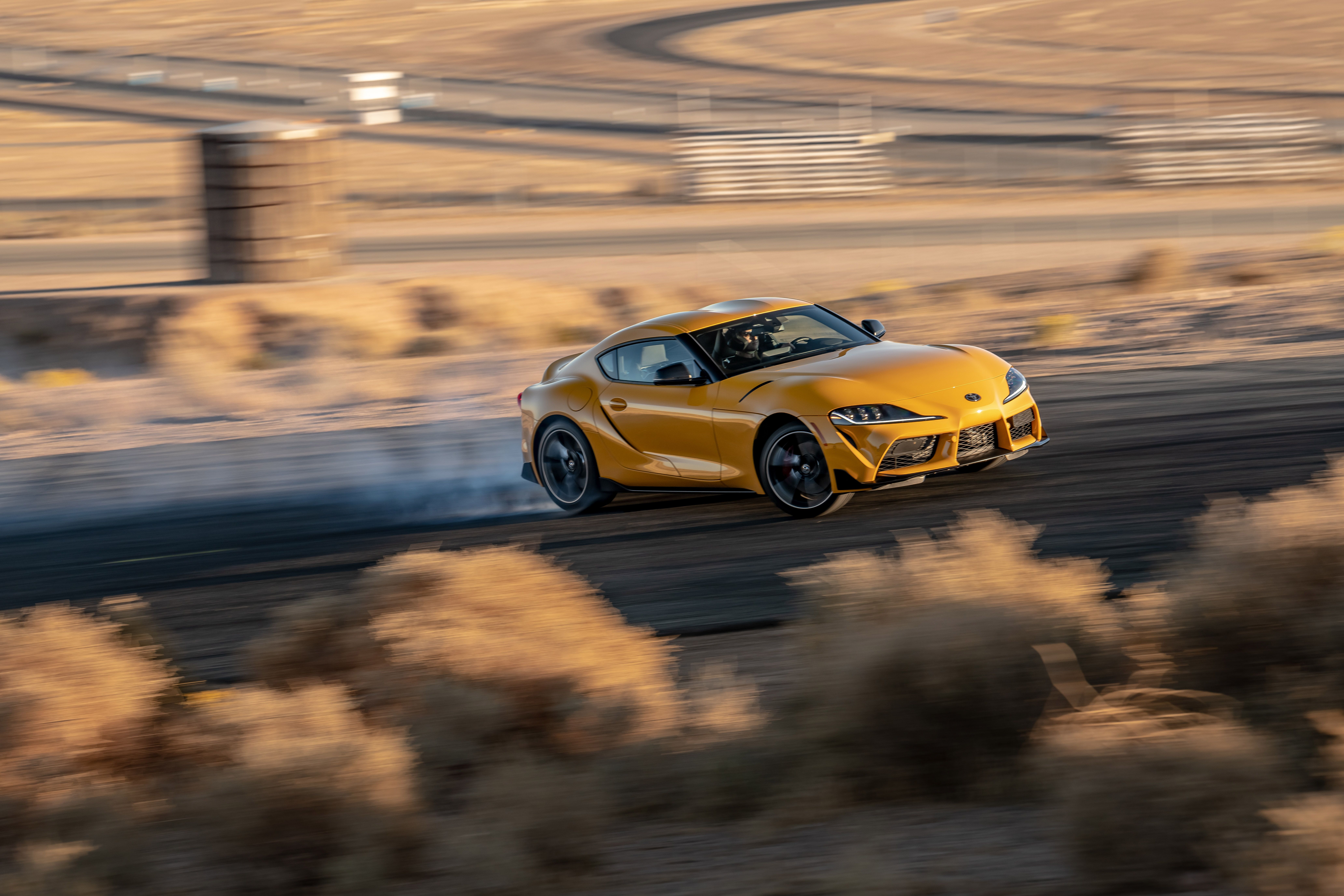 Learning to drive a car to its limit is about learning to dance with physics. Unlike real dancing, though, the price you pay for a mistake is far costlier than stepping on your partner’s toes. Which is why you need a learning tool like the all-new Toyota Supra.

We love many things about the Supra, but first among them is that it’s one of the world’s best teaching aids for learning to go fast—because it’s also one of the best cars to drive fast, period. For starters, it’s both quick and sticky: It roars to 60 mph in just 3.7 seconds and glues itself to the pavement with 1.07 g’s of lateral grip. Plus, it turned an impressive 3:01.4 lap at Virginia International Raceway during Lightning Lap. But there’s more to its abilities than even those accomplishments.

Driving a car quickly, confidently, and, above all, safely requires clear communication between car and driver. The Supra broadcasts what it’s doing in reaction to what you’re doing with the controls as if it had a bullhorn bolted to its dash.

Most of this communication is felt through your inner ear and the seat of your pants. While the steering is direct and accurate, it’s the car’s ample body movements as the tires nibble at the edge of adhesion that speak loudest. Newbies to high-performance driving should take this car to a track-instruction day; it won’t take long to get the feel. Expert drivers who shut off the stability control will find that adjusting the car’s slip angle with the steering wheel and the right pedal happens almost telepathically.

When you’re done at the track, you’ll discover another lovable thing about the Supra: It’s a happy everyday driver, not a bone-jarring track specialist. The platform and running gear are courtesy of BMW, and Toyota has honed the components to sweet perfection. In fact, the Supra reminds us of the great E36, E46, and E90 3-series sedans that lived for years on our 10Best list.

Like those past winners, the Supra does many things well. Its ride over large bumps is as supple as taffy; its steering offers rewarding heft; and its engine is refined, mellifluous, and ripped. The BMW B58 single-turbo 3.0-liter inline-six makes 335 of the most wide-awake horses this side of Bavaria. At any speed, throttle response is right-now sharp, with no hint of turbo lag. The engine’s soundtrack is a meaty rasp that swells to an insistent howl at high revs. The standard eight-speed automatic works so well that we almost don’t miss having a manual gearbox to stir. Almost.

The Supra’s interior is handsome and well assembled, though its gun-slit windows take getting used to. All we will say about its bulbous sheetmetal and its fake scoops and air outlets is that they start debates around the office. There is no disagreement about price, though. The Supra is a killer value on top of being a stellar sports car—one that can help almost anyone become a better driver. Congratulations, Toyota; after a 21-year hiatus, you’ve managed to bring back a car worthy of the Supra name.